Cooking in Your Car? 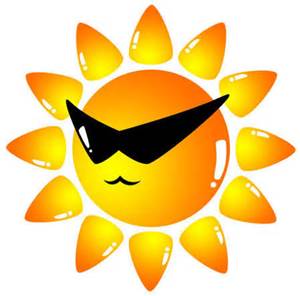 People might be talking about summer coming to an end and being excited for fall…but here in Austin it’s still hot! With temperatures still reaching into the 90s, it’s hard to get excited for sweater weather and everything else associated with cooler temperatures. In particular, with the weather still being so hot, parked cars easily become superheated after just a few minutes in the sun. A news story from this summer reported on a guy in Phoenix using his car as an oven in order to melt chocolate to make chocolate covered strawberries. He left the chocolate bars and strawberries on his dashboard and 20 minutes later, he had a lovely dessert!
A similar story comes courtesy of a woman in Melbourne, Australia who amazingly was able to make chocolate chip cookies, eggs, and even pasta inside of her car. The eggs cooked in an hour, and the pasta that started in cold water was completely cooked overnight. By just placing these items on her dashboard in direct sunlight she was able to create quite the feast!
While the concept of cooking in your car may seem funny and like a great summer experiment, it is important to note the dangers of heated cars, as it can cause serious damage and even death to anyone left inside for too long. The National Highway Traffic Safety Administration (NHTSA) reports that cars left in direct sunlight when the temperature is between 80 and 100 degrees can reach internal temperatures of 131-172 degrees. This occurs quickly, as cars heat up in minutes. Leaving children or animals in a heated car for any amount of time is a serious danger and should never happen.
If you have some spare time while the weather is still hot, try ‘car cooking!’ While you can have fun seeing which foods will successfully cook in this hot Austin weather, you are also raising awareness about the dangers of heated cars. We recommend trying to bake cookies…it will make your car smell delicious!